Definitions for more than 70 of the most common CBD terms. 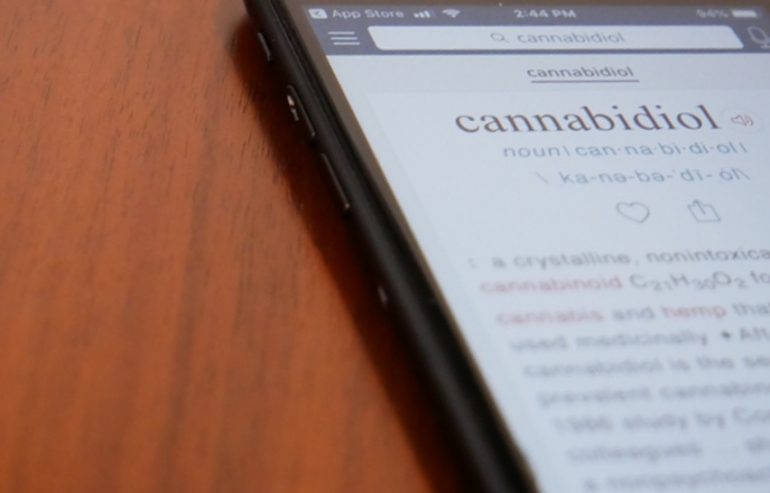 To help you navigate the confusion, we put together a glossary of high-level definitions of the most common CBD-related terms.

Anandamide is an endocannabinoid produced in the brain that activates the CB1 receptor. It has been called the “bliss molecule” and is tightly correlated to creating the rewarding feeling of a “runner’s high” after exercise. Learn more here

Compounds that slow or prevent oxidation. Oxidation is a chemical reaction that can produce free radicals which may damage the cells of organisms.

Broad spectrum products are created by blending a carrier with CBD isolate and terpenes but no THC.

The percentage of a dose that ends up in the bloodstream and is available for use by the body. One-hundred percent bioavailability can only be achieved by direct injection into the bloodstream.

In simple terms, biphasic means that small and large doses have opposite effects. With THC and other cannabinoids, small doses often stimulate while large doses sedate.

Butane extraction is a common hydrocarbon-based extraction method that allows extraction of cannabinoids and terpenes from the cannabis plant without extracting undesirable compounds like chlorophyll.

Butane is easy to purge from the concentrated substance at the end of the process and leaves behind a mostly pure byproduct.

Unfortunately, butane is highly combustible, meaning that it can be dangerous to work with. Low-quality butane can also contain harmful toxins that can be left behind.

Present in camphor and ginger, camphene is a terpene that has an earthy aroma and is frequently used for aromatherapy.

Cannabichromene (CBC) is the third most common cannabinoid, is non-psychoactive and is thought to have anti-inflammatory, anti-depressant, and anti-fungal properties. It has also been shown to improve the pain-relieving effects of THC.

Cannabidiol (CBD) is the second most common cannabinoid in the cannabis plant. It has significant medical benefits, doesn’t make you feel high, and has been shown to counteract the psychoactivity of THC.

Cannabigerol (CBG) is a non-psychoactive cannabinoid that is thought to have antibiotic, antidepressant and pain relief properties.

Cannabinol (CBN) is a psychoactive cannabinoid with about 10% the strength of THC that is thought to provide appetite stimulation, antibiotic, anti-asthmatic, pain relief, and sedative properties.

Cannabidivarin (CBDV) is a non-psychoactive cannabinoid that closely resembles cannabidiol (CBD) in structure.

CB1 receptors are primarily found in the brain and central nervous system. CB1 receptors help modulate and moderate our perceptions of pain.

CB2 receptors are found throughout the immune system and organs such as the thymus gland, spleen, gastrointestinal system, and tonsils.

Cannabis ruderalis, sometimes referred to as the ditch weed plant, is a small and incredibly resilient species of the cannabis genus that contains low concentrations of THC.

Believed to have anti-inflammatory, anti-biological, and antioxidant properties, caryophyllene is a terpene that is present in basil, clove, and black pepper.

A product infused with pure CBD.

Also known as hemp flower, CBD flower is a dried hemp bud that has .3% or less THC and 10% to 20% CBD. It is non-psychoactive, meaning it won’t get you high, but provides many of the benefits from other cannabinoids. You typically smoke CBD flower.

CBD oil is pure CBD extracted from cannabis plants and suspended in a carrier oil.

Typically reserved for CBD isolate. Powders are an easy way to combine CBD with a carrier of your choice.

Sometimes used interchangeably with CBD oil, in it’s most accurate definition, a tincture is a medicine made by dissolving a drug in alcohol. A CBD tincture is still a concentrated form of CBD, it is just suspended in distilled alcohol instead of a carrier oil.

Chromatography is a mechanism to remove unwanted plant material like chlorophyll from CBD oil.

Citronellol is a terpene that has a strong citrus base and should smell familiar to anyone who has had to use a mosquito or moth repellant. It has potential medicinal applications for its anti-biological, anti-inflammatory and immune-regulating properties.

Currently, the most common extraction method, CO2 extraction involves filtering plants through a series of chambers that control temperature and pressure. This process is able to isolate cannabinoids at a 90% efficiency.

The downsides of CO2 extraction are that it is hard to use at scale, requires a lengthy purification process to remove additional material like wax and chlorophyll that can also reduce the terpene flavor profile in the final product.

Applying pressure to a material to forcefully remove oil. Cold pressed hemp oil is produced from hemp seeds rather than the stems and leaves. The resulting product contains no CBD.

A dabb is CBD contained in a wax that you consume by exposing to a high temperature, often using a blow torch, and inhaling the resulting vapor. Dabbing is one of the fastest and most bioavailable ways to feel the effects of CBD.

Raw cannabis contains the acidic form of cannabinoids. In order to make these cannabinoids usable, they need to be converted to their non-acidic form.

Decarboxylation uses heat to convert cannabinoids to their bioavailable form. For example, when CBDA is decarboxylated the acid is removed and it is converted to CBD.

Delta-9-tetrahydrocannibinol (Δ9-THC) is most commonly referred to as just THC. This is the primary psychoactive compound in marijuana that produces that euphoric “high” feeling.

Distillates, or concentrates, are full spectrum compounds that have been stripped of unwanted compounds.

The theory that cannabinoids and terpenes produce a greater effect when taken together rather than on their own as individual compounds.

Ethanol Extraction
Ethanol extraction is currently the second most popular method for extracting cannabinoids. It is easier to produce a larger volume of full-spectrum extract with ethanol.

Generally refers to the 2014 Farm bill. Section 7606 of this bill paved the way for the legal production of industrial hemp without a permit from the Drug Enforcement Administration.

The 2014 Farm Bill only protected those registered under a state’s hemp research pilot program. It required that cannabis contained no more than 0.3% of THC and producers had to meet the requirements set forth by their state department of agriculture.

Unstable atoms that can damage cells. Free radicals are linked to aging and disease. Cannabinoids are potent antioxidants that can interact with free radicals and stop the chain reaction before cells are damaged.

Full spectrum refers to a product containing all of the naturally occurring compounds from the cannabis plant.

The practice of genetically modifying organisms has been around since 12,000 BCE in the form of selective breeding or artificial selection and has recently evolved with the ability to isolate and insert specific genes into organisms to produce desirable traits.

A proposed law in the United States to remove hemp from Schedule I controlled substances and turn it into an agricultural commodity.

Oil from hemp seeds that is often produced using the cold press method. Hemp oil does not contain CBD.

Homeostasis is a term that describes a state of optimal functioning within the body. It is a state of internal conditions that must be able to adapt to maintain equilibrium.

The human endocannabinoid system (ECS) is a biological system that is present in the central nervous system of mammals. The system is involved in regulating a variety of processes including fertility, immune system function, pregnancy, appetite, pain, mood, and memory.

For more details, see this article by Eternal Plants

Humulene is a terpene that has a beer-like odor and has been used as an anti-bacterial, anti-inflammatory, and appetite suppression agent.

Industrial hemp is a lower-quality plant that is grown specifically for its seeds and fibers and not bred to produce high levels of cannabinoids and terpenes.

CBD can be inhaled either by smoking CBD flower buds, dabbing or by vaping an e-liquid that contains CBD. The benefit of inhalation is greater bioavailability and quicker metabolization.

CBD Isolates are purified CBD compounds that do not contain other terpenes or cannabinoids.

Limonene is a terpene noted for having a strong citrus odour but bitter taste. It has been commonly used as an antifungal and may also be useful in treating gastric reflux.

Linalool is a terpene with a floral scent with notes of lavender and has potential medicinal uses as a sleep aid, pain reliever, anti-inflammatory, and to alleviate psychosis and anxiety.

Thought to be useful for spasms, insomnia, pain, and as an anti-inflamatory, myrcene is a terpene that is found in particularly pungent plants like mangos, hops, bay leaves, eucalyptus, and lemongrass.

Nanoemulsion is a technique that shrinks the size of molecules—which might serve to improve the delivery of CBD.

Neurotransmitters are produced by the nervous system in response to health and environmental factors. These signals interact with receptors found on the surface of cells throughout our bodies and provide instruction on how to regulate their activities.

Non-GMO hemp is hemp that has not undergone selective breeding or any sort of genetic modification.

The non-GMO label is more marketing than science—overwhelming scientific evidence has found that GMOs are safe for consumption.

Translation—you’ll require more CBD if you consume it orally.

Organic hemp is hemp produced by methods that meet the standards of organic farming.

The organizations that set the standards for organic farming often prohibit the use of certain pesticides and fertilizers, solvents, synthetic food additives, or processing techniques that involve irradiation.

Less than 3% of consumer products are pharmaceutical grade.

Phellandrene is a terpene that is responsible for the highly recognizable aroma of peppermint and has a long history for use as an antifungal agent.

Phyto-cannabinoid rich (PCR) hemp is a higher quality full-spectrum hemp plant which is richer in CBD than industrial hemp. PCR also contains all the naturally occurring compounds, including cannabinoids and terpenes.

Thought to have powerful anti-inflammatory effects, pinene is a terpene that is found in pine trees and orange peels.

A salve is an ointment, cream or balm an ointment applied directly to an affected area to promote healing of the skin.

The use of a solvent like butane or ethanol to extract cannabinoids from cannabis plants.

Sublingual means the administration of CBD by putting drops under your tongue. This method allows substances to diffuse into the blood through the mucous membrane tissues under the tongue. This method is more immediate and provides higher bioavailability that oral consumption.

Solid tablet or capsule that is inserted into the rectum, vagina, or urethra, where it dissolves.

Also known as designer drugs, synthetic cannabinoids are copycat molecules that bind to the cannabinoid receptors in the body to recreate the effects of naturally occurring cannabinoids.

There are no fatal overdose cases linked to marijuana, but deaths associated with synthetic cannabinoids are increasing.

Terpenes are a class of organic compounds produced by a variety of plants (and some insects) that often have a strong odor and may serve to protect the organism.

The cannabis plant contains an assortment of terpenes that may act on cannabinoid receptors and enhance the effects of cannabinoids.

Terpineol is a terpene with a sweet, flowery scent that is frequently used in aromatherapy to help people relax. It is also thought to have antibiotic and antioxidant properties.

Known for having a piney, floral, herbal, and sometimes citrusy aroma, terpinolene a terpene that is found in a variety of fragrant plants including oregano, cumin, lilac, nutmeg, tea trea, and apples. It has potential medicinal benefits from antibacterial, antifungal, and antioxidant properties.

Similar to THC in molecular structure but less psychoactive.

In simple terms, titration means adjusting a dose of medicine over a period of time to discover a dose that produces the maximum benefits with the fewest side effects.

Lotions, creams, ointments, balms and other types of products that are applied externally to the skin. 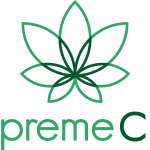 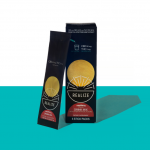 Subscribe to receive exclusive news and offers on the best CBD products
Go to Appearance > Customize > Subscribe Pop-up to set this up.
Login with ajax is not installed (or active). To use this feature, please install it. Alternatively remove this icon from this location in Zeen > Theme Options.